Report from the FGS Conference

Maureen E. attended the FGS conference in Washington D.C. this month. Here's her report on the week.  Thanks for sharing, Maureen!


I attended the Federation of Genealogical Societies conference in Washington, D.C., August 20-24.

The FGS has joined with the National Genealogical Society so in the future there will only be a single national meeting of the two. The FGS does have one more meeting scheduled for September 2020 in Kansas City.

I thoroughly enjoyed this conference. There was a pre-conference day in which one could try guided research at one of DC's main repositories--NARA, LOC or DAR. I went to the Library of Congress--the ambience alone is a reason to visit. Having a LOC research card allows one access to all of Hathi Trust on line--another benefit if your visit is short.

Because the meeting itself was in DC, there was a Mid-Atlantic track that suited my interests very well. I learned about additional small repositories in the area as well as more obscure records in the main repositories, as well as historical perspectives of the area. Also, since this was the FGS there was a track for genealogy societies and their special issues. DNA, African American and other cultural issues were well covered.

I was able to get some additional input from Maureen Taylor regarding a photograph of my elusive Frederick, a promise of a final revolutionary war pension payment from a NARA archivist and a plan ($) for further DNA analysis for my Crittenden line.

All in all it was a very worthwhile experience.
Posted by Annette Rietz at 6:28 AM No comments:


Something to consider as you plan your travels home next spring! 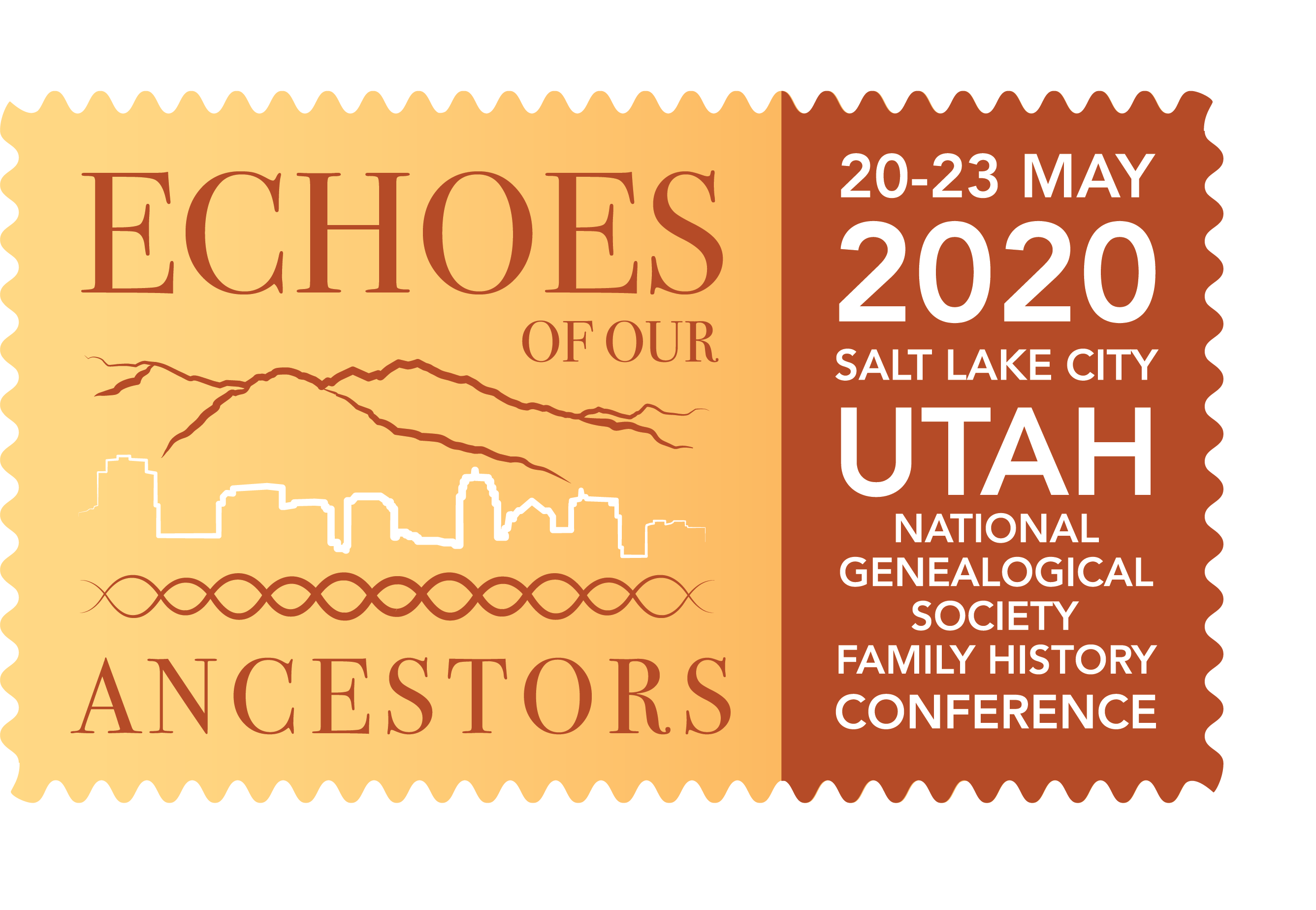 The conference will be held 20-23 May 2020 at the Salt Palace Convention Center (SPCC), 100 S. West Temple, Salt Lake City, Utah. It will feature more than 150 genealogy lectures on a wide variety of topics including DNA, ethnic sources, historical migrations, immigration, research techniques, specialized collections at the Family History Library, and more.

I noticed this article when we were searching for obituaries at the Wisconsin Historical Society last month. How many of our maternal German ancestors were frightened by a similar notice? I found it interesting that only women were required to register, although men may have had to do the same at a previous time.

The article explains the notice I found many years ago placed by Katherine Schmidt Nickel, my great-great-grandfather's sister, explaining that she would now be writing her name "Nicol, as that was the original spelling and would seem more American." Interestingly, her announcement appeared in the same issue of the paper as this article. And the Schmidt family did come from Germany.

Not only was that NOT the original spelling, her husband was from Ireland, even though the surname could be seen as "German." Why was she concerned? When I rechecked the 1910 census, it states that her husband was not a citizen; therefore, neither was she. He had passed away in 1912 without becoming naturalized; she would have been a citizen if he had completed that process.


Posted by Annette Rietz at 8:16 AM No comments:

Rick sent a note the other day with a link to IrelandXO which has published a list of the "Top FREE Irish Genealogy Resources for 2019." You will find links to websites for names, places, vital records, church records, etc.

Thanks for the tip, Rick.
Posted by Annette Rietz at 8:56 AM No comments: